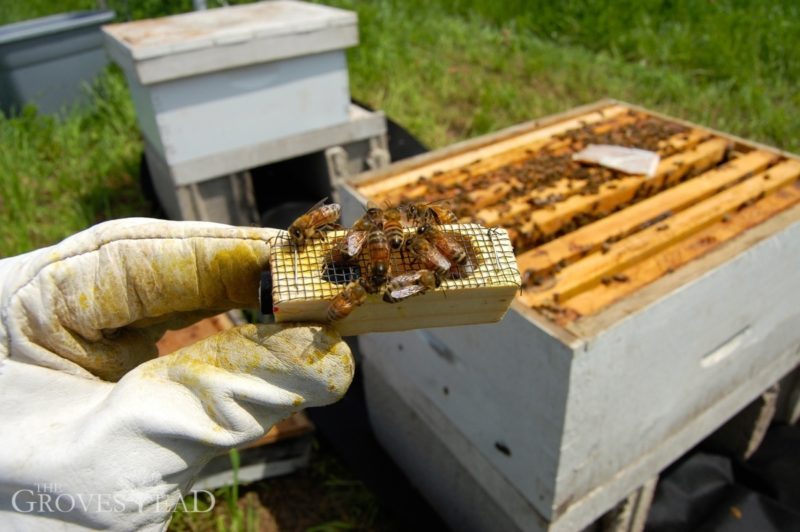 Towards the end of last summer we discovered one of our two bee hives was vacant, a victim of Colony Collapse Disorder. We pulled frames with honey and added them to the other hive to give the remaining bees the best chance of surviving the upcoming winter.

But when spring arrived, the second hive had died off as well. We’re not really sure what happened, if it was something we did or if it was just a fluke. They are learning more about Colony Collapse Disorder and the link with neonicotinoid pesticides, one of the reason we started selling neonicotinoid-free flower seeds. Apparently 2014 was the worst year in a decade for beekeepers, with 40% of hives disappearing on average. With only two hives, the odds were already against us.

So that means this year we’re starting from scratch, again, except for the knowledge we’ve gained.  We’ve learned a lot and we’re determined to keep our hives healthy and thriving this year.

First, we relocated the hives from a shady tree-line to the middle of our apple orchard. We think the bees will appreciate the warmer, sunnier location. 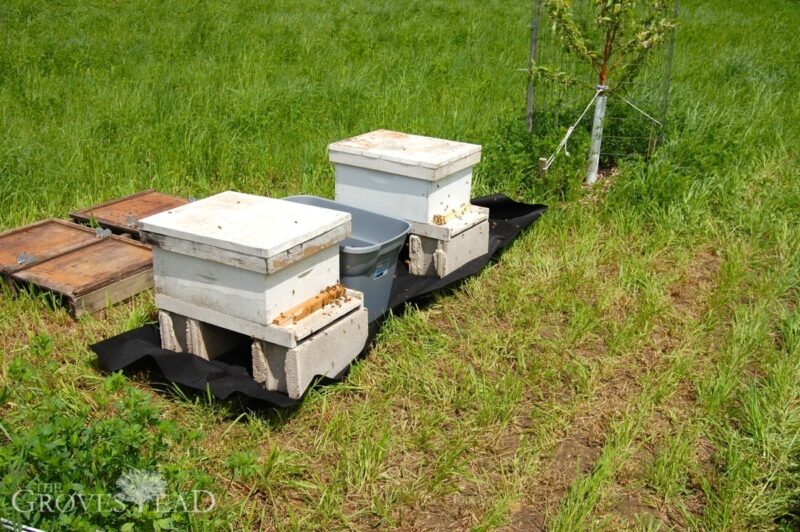 Second, we are supplementing the hives with more food, such as pollen patties and sugar water. There are differing points of view on this, but from the beekeepers I’ve talked to it doesn’t hurt. 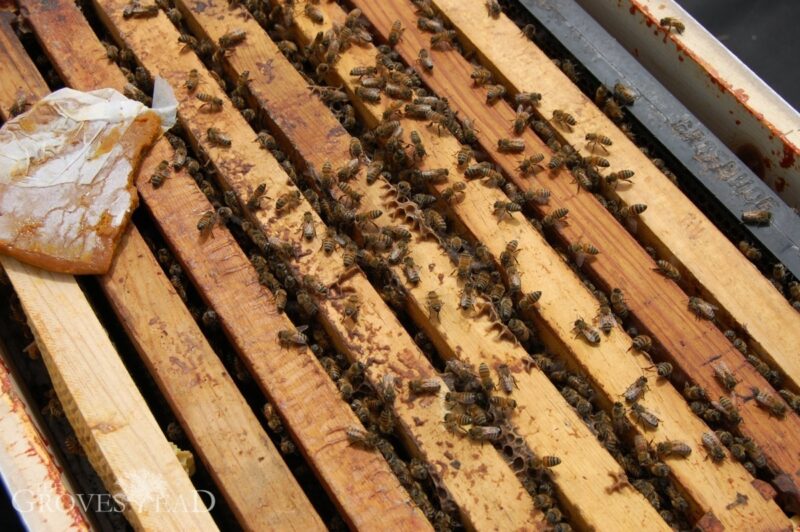 Finally, instead of 2 hives this year we invested in 4 colonies. Two of them came as “nucs”, just like last year, with the queens already included and a couple frames of brood. The other colonies were queenless—part of a split from another hive. The queen stayed with the original hive but I got several frames of brood and worker bees. This required me to introduce a new live queen bee into the hives.

Oddly, like many farm staples, I’m learning, live queen bees are something you order through the mail. I found a dealer and placed an order for two queens on a Monday. On Tuesday morning my queens were at the local Post Office. 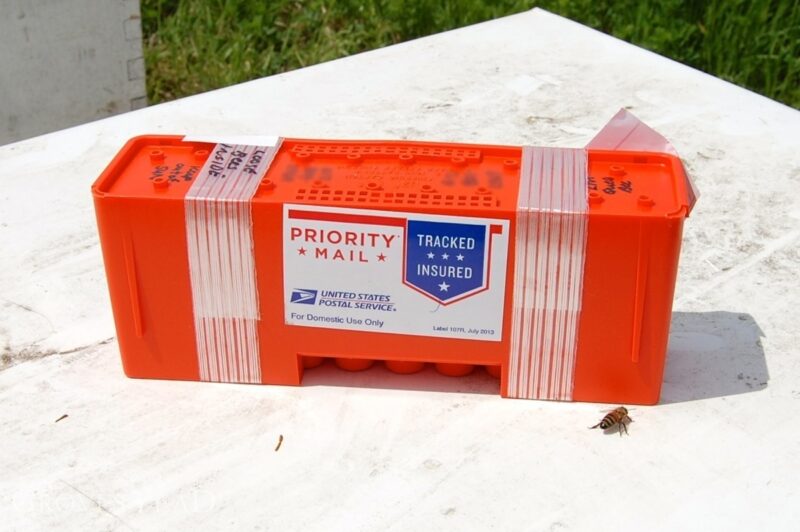 Opening the box revealed two queen cages and about a dozen worker bees. 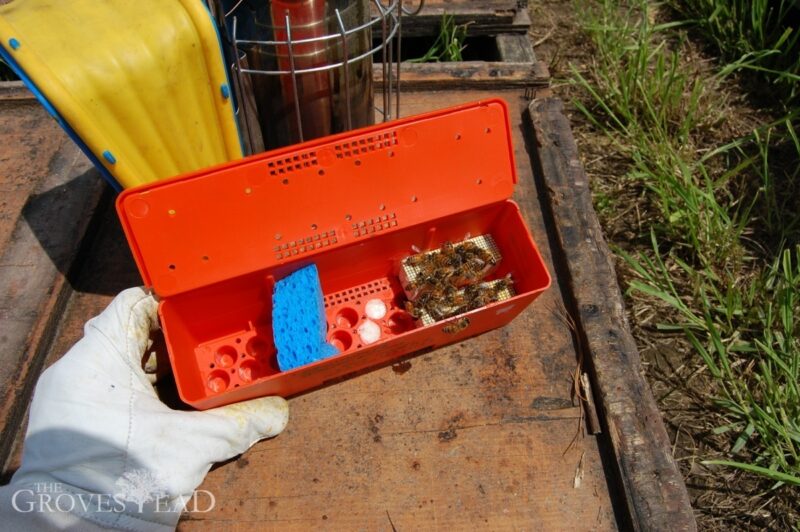 To introduce the queen to the colony, I had to make room between the center frames, then insert the box. 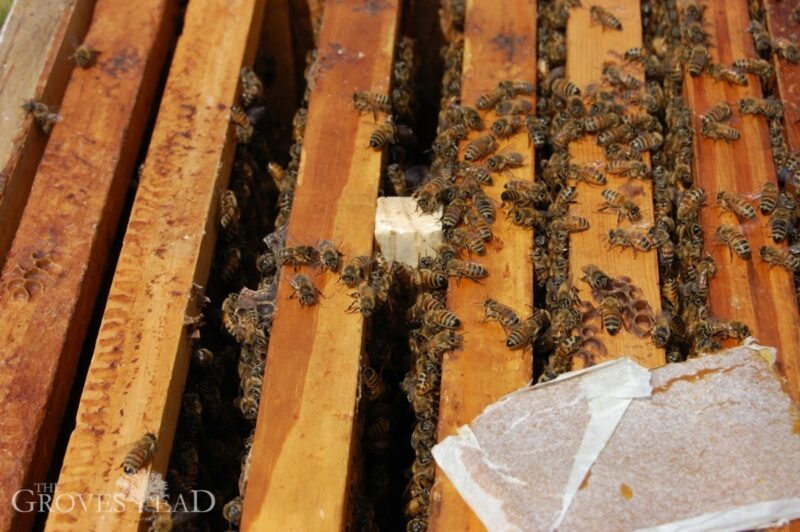 That is all there is to it! The queen cages are plugged with a hard-candy substance. Within a few days, the worker bees eat away the candy and free the queen. The whole while, the worker bees are feeding the queen through the screen mesh.

I left the hives alone for about a week and then inspected them again. Both queen cages were unplugged and the queens were out! It took another few days before I could see evidence of new brood. As of the last inspection there was plenty of new bees hatching and honey-making going on. 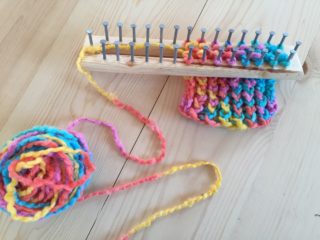 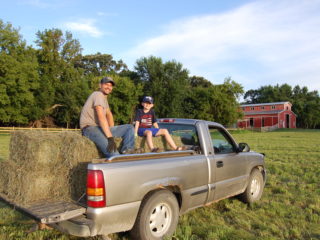 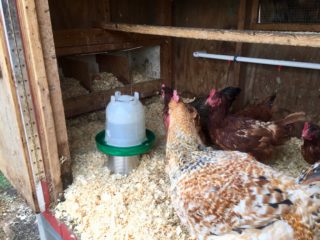 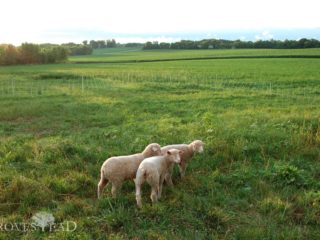 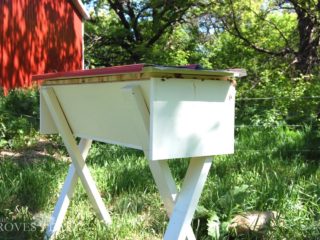 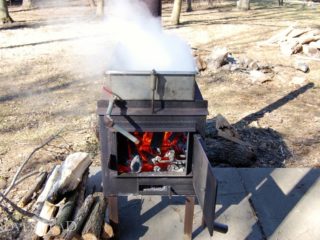 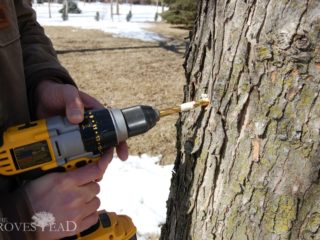 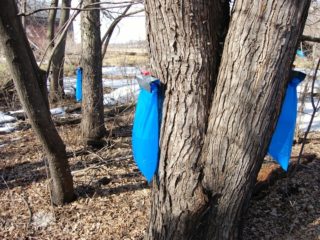